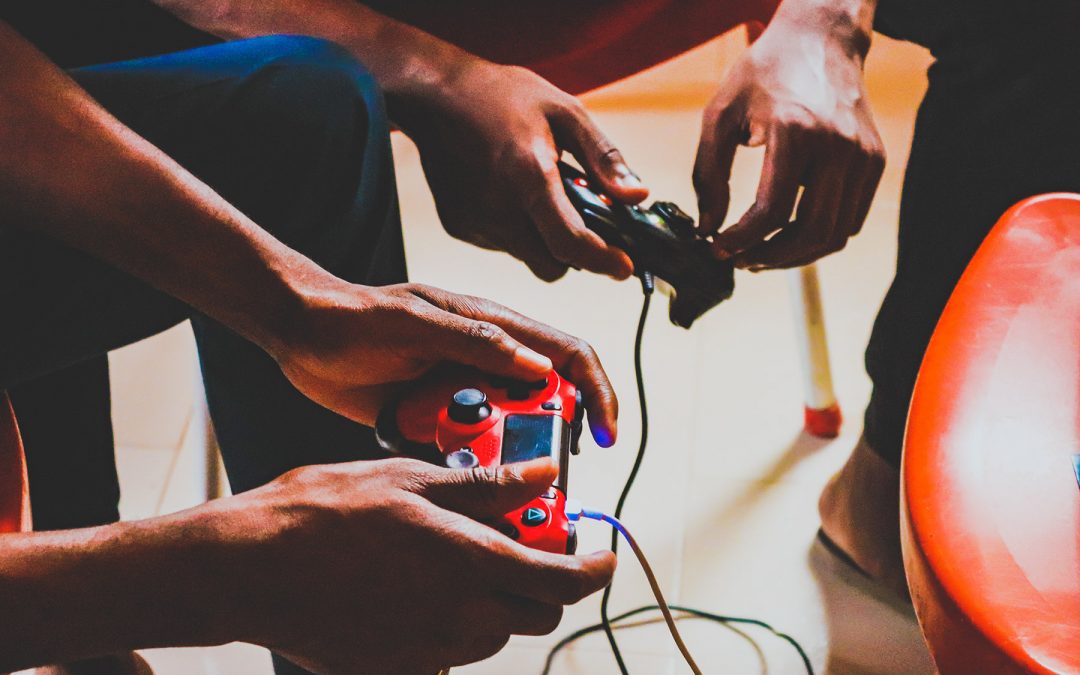 For the past decade I took great pride in my status as a non-gamer. Untouched by the digital fever, I would sneer at my friends as they spend hours lost in a game like Skyrim while real life happened around them.I didn’t understand why you would spend so much time doing something that had little bearing on day-to-day reality.

I wasn’t always like this though. I grew up into games like any kid, playing whichever ones I could get my hands on (often a generation or two behind). I played enough then to satisfy the surface curiosity I had, but not enough to blossom into a full-on passion.

Then there was the game that turned me off from gaming completely…Devil May Cry 3. It was my kind of game, acrobatic slasher with bright colours. But one afternoon after battling some monster over and over again without success, I rage quit. Well it wasn’t in an explosive rage, screaming and throwing my controller at the screen. No, it was calm and collected. I just switched off the console and never played again. It was near the end of the holidays and I was going back to school anyway. I had more pressing matters to deal with than the monsters on the other side of the screen.

After that fateful day, I played games now and again, but never enough to really get into it.

For some reason though, over the past year the inexplicable urge to start playing again was born and kept growing until I succumbed and bought a PS4. And over the past 2 months, I have lost multiple hours at a time barreling down the digital rabbit hole. Playing deep into the night, going on quests with my son to scatter my dead wife’s ashes at the highest peak in the realms, fighting off baddies and mowing down innocent doctors to save my teenage ward from an operation that will kill her, a procedure designed to save humanity. I have discovered rich worlds, morally ambiguous layered narratives and engrossing gameplay.

I have also picked up a few lessons. And just like my last piece on Spider-Man into the Spider-Verse, I am going to stretch some of these lessons we learn from video games onto real life.

First, we start with one you have probably heard before

When you encounter enemies, you are going the right way

Ah, the one that validates the existence of haters. You know them, the people who don’t want you to succeed. The ones that carried your picture to their village witch doctor to make sure you will never progress. The back biters at work, the frenemy, that rude security guard, or the police officer hating on your ability to drive inebriated.

We encounter haters and enemies all the way. No more so than in video games. Completely unprovoked, they will come at you, with weapons, energy blasts, sharp teeth, anything they can use to take you the hero down. They are a staple of the medium.

They are the antagonist to your protagonist.

Want to know if you are going the right way and progressing in the game? You probably are if you keep coming across new enemies to defeat.

Perhaps so in life too. When we take on a new quest or endeavour, we will invariably come up against challenges. Things will go wrong, we will make mistakes, people might even attack and work against us.

Maybe that wave of resistance from the world is a sign that you are on the right track and that you should press on, regardless what the naysayers say.

Or maybe it is a sign that you are just an asshole and no one likes you.

When you find a boon, you are about to enter some shit (also the universe provides)

Another staple of gameplay are the pick ups. Things like health packs, weapons, ammo, equipment, orbs, random junk you can craft tools with. They are usually littered across the environment, allowing you to stand a chance against the perpetual onslaught of haters and enemies.

Most times they are scattered in sparse quantities. A health pack here, a box of ammo there. It gives you just enough to deal with the enemies you encounter providing the right amount of tension as you play.

But every now again, you come into a clearing or a room just chuck full of stuff. Enough health to heal yourself and stock up for later. Copious amounts of ammo to take on your journey. Or if it’s that kind of game, the merchants/blacksmiths magically pop up ready to ply you their wares. (looking at you Brok)

It is tempting to get excited and self satisfied at this point. Don’t. It’s a trap. In the video game world, a boon like this doesn’t come without a cost. There is a boss around the corner. And you are in for the fight of your life.

So…when things are going your way in life and humming along, beware of the possible boss fight headed your way. Stay ready.

Or perhaps look at it this way, whatever challenge you face in life, the universe will provide you the tools to deal with it.

You will fail repeatedly, but you will eventually figure it out

Ah failure. The gamer’s ever present friend. If you playing a game, especially for the first time, you can be sure you will fail a couple of times. It might not be right at the beginning, but it is coming. There’s that first hard wave of enemies coming, or the timed puzzle or challenge that is just gonna have your undies up in a bunch.

The first few times you fail, it will still be a fun. After all, it is you are new to this and you are still learning, figuring out the enemy’s patterns and the environment. You might catch a break and grab a win after a few tries and move on, your heart thumping from the adrenaline. Or you might still find yourself struggling with this level for a while, your frustration bar filling up and clouding all the fun you were having before you got here.

This is the point where you have a crucial decision to make. Will you tough it out or will you quit, or worse…will you decrease the difficulty setting like a witless noob?

The temptation is strong. You have tried everything and been massacred, sent to the ‘Game Over’ screen again and again. You learned the patterns, you kind figured out the moves but it is still not enough. Maybe you even got that bosses’ life bar down to the very end…and they still keep killing you.

But if you keep on long enough and it happens. Finally you hit a break-through and win.

And in the words of Mark Cuban talking about entrepreneurship and getting rich – it doesn’t matter how many times you fail, you only have to be right once.

Now sometimes, this breakthrough never comes. If trying again and again doesn’t work, then take a break. Sleep on it, take a walk, do something else and when you return, you might just be fresh enough to eke out a win.

There are cases though, where repeated tries and breaks won’t work. This is where you have to bring out the big guns. Literally. You have to…

Always be levelling up.

I remember the first time I encountered a valkyrie in the new God of War. Oh my, she beat my ass five ways to Sunday for like 3 days straight. And like a masochist, I kept going in for more. It was so frustrating because every time, I was so close. Oh so close. I would get her life bar down to just a smidgen. But invariably, she would parry my frantic final attacks and kill me every single time.

I slept on it. Took my protein shakes, chugged a flask of coffee, stretched my fingers and got back to it. She still owned me.

So I did the only thing I could do. I consulted the internet.

Turns out it was almost suicide attacking this valkyrie at the power level I was at.

So I left her alone and went to level up.

I played other quests, collected more items, improved my weapons and attacks and returned for battle. it was still a struggle, but after a couple of tries, I emerged victorious, her severed helmet in my hand.

So is life innit?

There is a saying, don’t wish things were easier, wish you were better.

In life, you have to keep levelling up – getting stronger, learning new skills, building alliances, amassing resources and everything you need to win against the big baddies and progress. Always be levelling up.

A game is at its most fun when it is at the right level of challenging. If it is too difficult, it is no fun, and games that are too easy become boring. There is no thrill, if you are able to just mow down enemy after enemy. Eventually you feel like you are just going through the motions.

Good games grow in difficulty as you progress and get better. Sure you have better weapons and health packs stockpiled. but your enemies grow stronger still, keeping you on your toes.

Same with life. It is the struggles and challenges we face that make things exciting. They give us things to overcome and that satisfaction after a hard won battle is second to none. All the blood, sweat and blistered thumbs become worth it.

We might win today, but we will have something to face tomorrow. The game continues.

So in the same way, embrace the struggle of life and relish the challenges. They keep things fun. Face your fears, build your alliances, battle the enemies and celebrate every win as you journey through the great game of life.

See you at the credits…or the DLC.