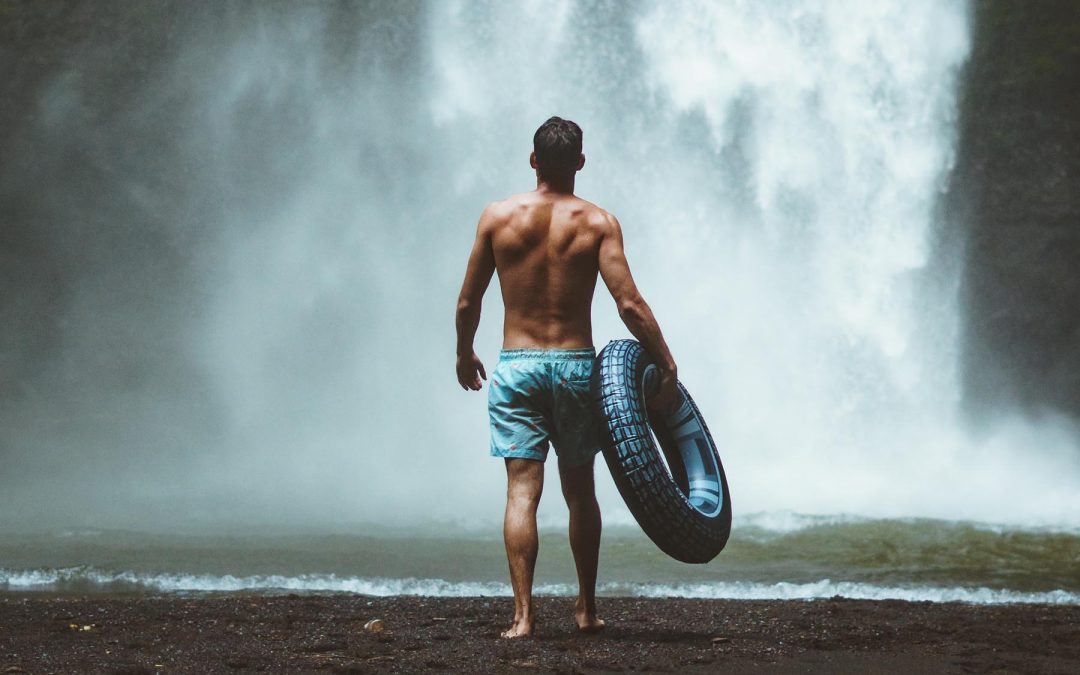 So, a couple of weeks ago, I was thinking about fear. I was triggered by the sort of conversation that forces you to confront things you’d rather not think about. And I started to mull over the feelings that rise up every time I take a step forward, every time I try to tackle an area of my life that needs to be worked on, an area that I may or may not have avoided for years – the fear.

I’ve stared it down many times and won, and I have also conceded my fair share of losses to it. But the fear never completely goes away. It rises up without fail, to greet us, every time we knock on the door of opportunity and possibility. Often, we are able to overcome it – by sheer grit and force of will. We press forward and push through to the other side, only to find out that hey, it was really not that bad after all. It was just an illusion, just a mirage.

But we have to face it again and again. And each time, we approach knowing that we have been here before. We know that if we press through the fear, there will be great power released on the other side. But it still feels like the first time, every time.

And beyond these spikes of fear, there is also the low grade anxiety that is always there, lurking below the surface. There is the mind that is so quick to fall into negative patterns. One minute you sitting minding your business, the next, you are being dragged for filth by your fear of loss or disappointment.

This is the constant battle with fear, the perpetual struggle against this force that exists to resist us every time we move towards the edges of our comfort zone.

And its biggest effect is to hold us back. It keeps us rooted and stuck, unable to move forward in case our worst fears come true. But this fear is really just imagination gone wrong.

What if there was an antidote?

What if there was a way to flip it, and instead of living with this force that pushes us back, we could embrace a different force that pulls us forward?

What is the opposite of fear?

At first I thought the answer might be excitement. After all, I once heard that the fear one feels before performing or public speaking or presenting is really just excitement in disguise. We just need to transform that nervous energy into a source of power that can charge whatever we need to do.

So, what could work better as an opposite force to fear?

Because curiosity does the opposite of what fear does. If fear holds you back, curiosity draws you forward, and it does so, in a semi-detached way. Here, we are not overly fixated on the outcome, but more on the process.

Curiosity allows us to approach our lives openly. In this mode of being, the idea isn’t – I really want to get this. It is more like, I wonder what would happen if I explored this. I wonder if I would get what I want. And if I don’t, I am just as curious about what happens anyway.

At the end of the day, I will either get what I want or I will get something else plus new information.

When you are curious, you don’t stake everything on a specific answer or result, you are really just vested in the process of finding out, the experience of discovery. You don’t care what happens, you just want to see what does. It is an intellectual stimulation. It is a call to adventure.

So, what if the next time you were greeted by your fear, instead of holding on to that tense feeling wondering if things will go your way, you were simply just curious?

What if you thought, “I don’t know if this is going to work, but I am willing to try and see. I might walk into that pitch and still not get a call back. But I’m not worried about getting it. I’m just curious to see what happens.“

Doesn’t that take a lot of the pressure off.

With this outlook, you start to focus on the actions, on the steps you must take. You get unstuck in your head and stop fixating on potential scenarios and simply surrender to what is. You are immersed in the now. No judgements, just experience.

And sure, even if you find something bad. Hey, it happens. We just keep it moving. We just keep fuelling our curiosity. Because even that bad, we can work with.

So that is the mantra I’ve been using a lot lately. Every time I feel that fear rise up within, before I take action, before I step out my comfort zone. I remind myself, to replace fear with curiosity. To replace expectation and entitlement with the sense of discovery.