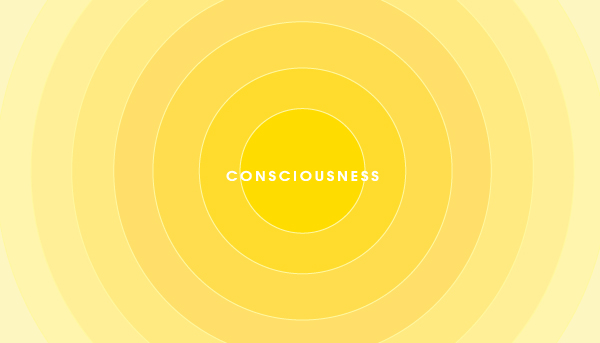 Consciousness is the quality or state of being aware of an external object or something within oneself. It has been defined as: sentience, awareness, subjectivity, the ability to experience or to feel, wakefulness, having a sense of selfhood, and the executive control of the mind. (Wikipedia)

I first became aware of the concept of consciousness in 2007, reading some of Steve Pavlina’s stuff. It was only around 2010, I began to understand what it meant. From the books I read and the things I had going on, I came to know concepts like mindfulness, meditation, awareness, etc.

I spent a few years steeped in angst, that background feeling of dissatisfaction, anger, irritation…knowing something was wrong, but not knowing what. I strove to fix it, I tried everything I knew, prayer, talking to people and things only seemed to escalate more until I got so frustrated one day, I switched off the lights and sat in a dark room for an hour, just being with my thoughts, diving in. And to this day, the most useful tool for figuring out problems, direction and dissipating angst has been the practice of mindfulness.

It was such a powerful experience it felt like I woke up. It’s the best way to describe it…waking up. Suddenly being aware of things I had never given thought to before. Asking questions and receiving answers from that still small place within. Over the years, I’ve learnt to trust myself, actually think for myself, and trust the life that has been given to me.

It is easy to stay asleep, living in a dream world, glossing over facts and reality, being tossed by emotion and people and things. But as you awaken and grow in conscious awareness, you will see things more like they are; you will develop a sense of anchoring within and you will begin to tap into your true power.