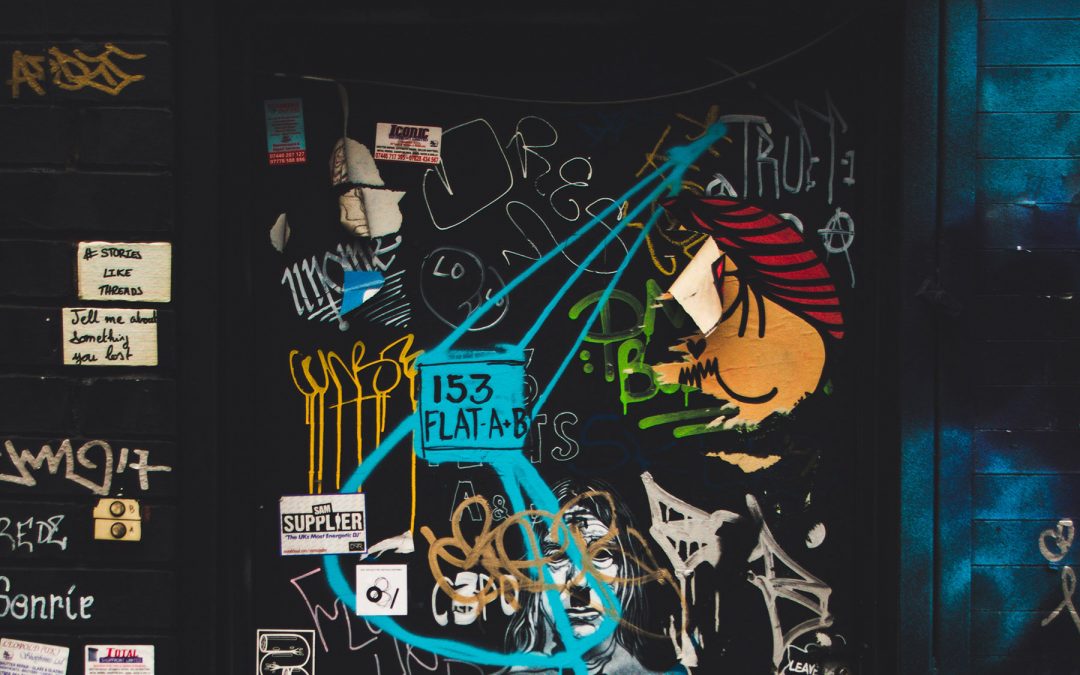 If you don’t have a canvas to paint on, you can always just steal a door and paint on that.

Personally, I’m a lazy artist. I want the biggest bang for my buck. I want to do the absolute minimum and still make an impact. That’s why I love Jean Michel Basquiat. His work is proof that you can paint with the proficiency of a 5-year old, and still make a statement worth listening to. Also, doesn’t he look like what would emerge if Kid Cudi and The Weeknd did the fusion dance?

Basquiat was an incredibly gifted artist, cut short in his prime (he died at 27) and namechecked by rappers ever since. His work was distinctive, full of childlike youthful energy, irreverent, and seemingly nonsensical, but also revealing a profound knowledge and respect of art, its history and social commentary. In 1980s New York, an electric nexus of time and space, Basquiat emerged as an unlikely artistic force, rising as a black man, from the grimy streets, to global stardom.

He is the quintessential example of the artist who throws himself with reckless abandon into his work. Moving out of home for good as a teen, he spent most of his young adult life basically being a bum, surviving off money picked up in the streets, and immersing himself in the culture and the scene of the time, bouncing from place to place and party to party. His early creative efforts included cryptic haikus scribbled in graffiti under the moniker Samo scattered all over the city, as well as experimental live music with his band (none of them could actually play an instrument, but that was part of the appeal).

He is charming, talented with a keen air of innocence, and he befriends and eventually moves in with his sort-of-girlfriend, Suzan. At this point he had progressed from graffiti to full on painting at the insistence of another friend. Suzan worked and paid the bills, while he spent his time painting. And it is this one anecdote about his life that really earned my respect. Basquiat was too broke to afford canvasses, so he would salvage broken doors, windows, fridges, scraps of paper, tins, anything with a surface he could paint on. He didn’t wait to get proper canvases, or the right kind of paint or tools. He worked with whatever he could find.

That is the crux of true creativity, its raw essence. The true artist doesn’t allow a lack of resources to become an insurmountable obstacle. In fact, we are drawn to such art-forms, pieces made with the scrappiest, bare essentials, because through all the limitations, and perhaps, even because of then, we can see the passion shine through, we can see the potential. We see a brave artist battling against his restrictions, turning his obstacles into stepping stones that pave his way. Basquiat has nowhere to paint, so he turns an abandoned fridge into a priceless work of art.

This same energy you have to bring to your life and to your work. If you have ambition, a burning desire to create something that resonates, that has impact, if you want to devote your life to the mastery of a skill or an artform, or a career, you start where you are, you work with what you have.

Start where you are, use what you have, do what you can

The biggest companies on the planet right now all started small. The origins of the slick phone you’re reading this on now can be found in a dinky garage decades ago with a bunch of nerds, hippies, and a couple pieces of hand-assembled circuit boards. Facebook the almost omnipresent behemoth it is now, started in a dorm room. The colossus that is Amazon started in a garage with doors as its first desks, Jeff Bezos packing books with his team to fulfil customer orders. The first Star Wars movie was produced with a shoe string budget and a lot of DIY.

Our problem too often is that we want perfection right out the gate, before we have earned it, and we want to do it with the absolute best tools. We think we need the light ring and DSLR camera before we start the youtube channel, the best mic and mixers before we start the podcast. So we don’t start.

Or we are insecure in our creative ability, and so hide behind our lack of tools. Sure, the right tools do help, but it is the artist that precedes the tools. A writer who knows what he is doing will do a lot more damage with an ordinary pen than a talentless hack with a Mont Blanc. You cannot hide your lack of skill behind expensive tools, but you can use the lack of tools as an excuse to procrastinate. You just have to begin. If you are really good, the world will respond, and better tools will present themselves to you.

Every master was once a disaster.

We all have to start from somewhere.

If you waited till everything was perfect and you had all the resources, you will be waiting forever. And even if you did get it – the perfect studio, the perfect lab, the right writing chair, you wouldn’t know what to do with it. At most, you would churn out works of stunning mediocrity. The tools don’t make the artist, the work makes the artist. The lack of tools is a gift. You get to work with the scrap, failing, prototyping, learning, crashing, rising up, drafting and tearing up, you need the grind, you need the work, because that is where you hone your skill. That is where you work around the obstacles, that is where you distil and learn the principles of your craft.

I started my design journey on dinky little Toshiba laptop (that was everything to me then by the way), a pirated copy of photoshop, and a design magazine. Now, I type this to you from a MacBook Pro. But it was all the work I designed on that first Toshiba, and then a PC, and then this sexy huge white Dell I had, that allowed me to finally get my first MacBook and then another one, and now, all the bells and whistles I need to create.

The obstacle is the way.

Creativity is just as much about limitations as it is about infinite exploration. The searching and playing around is an important part of the process. It is necessary to go far and wide in ideation. But it is the limitations – the brief, the deadline, the boundaries that really focus us and unleash the creative power to combine ideas, materials, colours to create something inventive, something remarkable.

With inventiveness and creativity, you can make the limitations you face a distinguishing feature in your work. Don’t have enough money for different colours? Limit your palette. Can’t make the special effects you really want? Hack it and let it have a DIY vibe to it. Whatever the obstacle is, use it to your advantage.

You don’t have to be fancy. You just have to begin. Even Basquiat started by painting on abandoned doors.