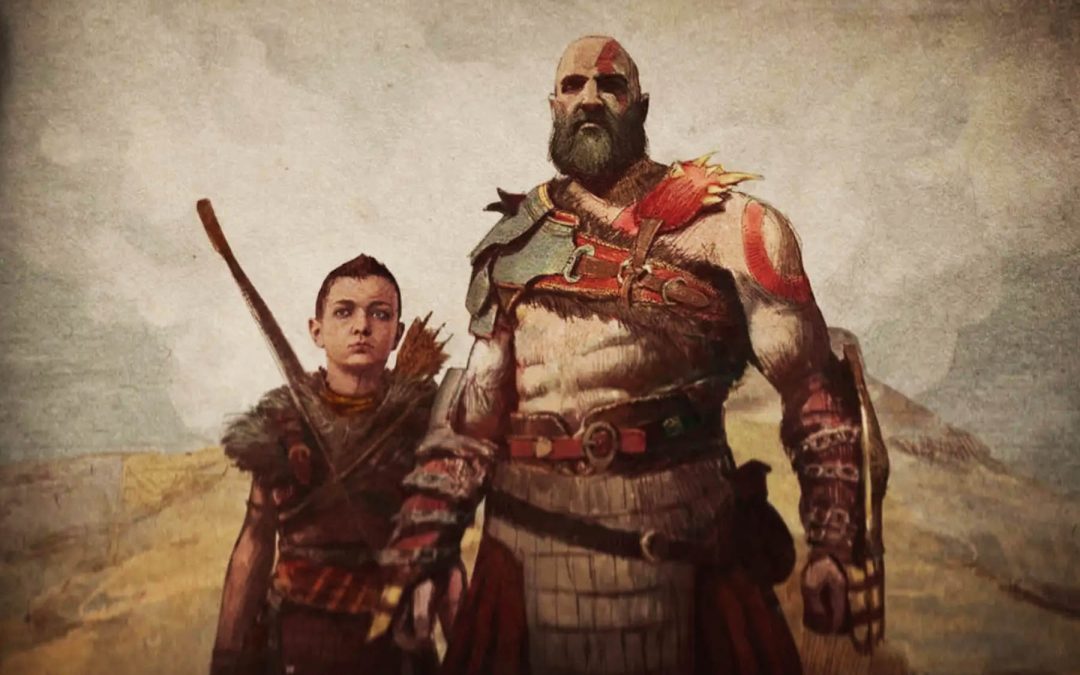 For most of my teens and 20s, I had little interest in video games. Sure, I played a fair amount as a kid but something about getting stuck on the DMC3 Cerberus boss fight as a teen really just put me off the whole thing. Why waste my time fighting a seemingly unfair boss when I had more important things to worry about, like acing that upcoming test and going to uni.

I did try to get back into gaming over the years to no avail. I tried my hand at some titles here and there but nothing ever gripped me. Imagine my surprise when out of the blue the urge to game began to grow into an itch that wouldn’t go away.

Around the same time, I became home ridden with some health issues and needed something to take my mind off things. I went down to the mall and bought a PS4 bundled with 3 free games, and the first one I played was God of War 2018. The second was The Last of Us. And with this one-two punch of incredible 10/10 games I was back and hooked in a big way.

So when the sequel to GOW was announced to be coming out this year, I was more than a little hyped. So hyped in fact, I made sure I replaced my 6 year old HD dumb TV with a brand new 4K Smart one, and shelled out the arm and leg needed to get my hands on a PS5, I even preordered the game and downloaded it ahead of time. If I was going to do this, I was going to do this right.

At 3pm on launch day, I booted up Ragnarok and proceeded to have my mind blown over the 46 hours I’ve spent with the game so far. And what a time it has been.

I’ll get this out the way. God of War Ragnarok is simply some of the best interactive media experiences you can have. It is just that good. The first 2 hours alone is a bombastic rollercoaster of action and emotions. The game wastes no time getting into gear. 5 minutes past the loading screen and you are on a high speed sleigh chase through the snowy forests of Midgard with Freya hard on your heels. 10 mins in you are fighting back the tears as Atreus holds his dying wolf Fenrir. 30 mins on you are Kratos looking for Artreus in the woods and out of no where, you are attacked by a massive bear. At the 50 min mark, Thor himself is banging on your door with Odin in tow. A short and fruitless conversation later and we are yeeted miles away by Mjolnir and thrust into a multi-phase literally electric battle with big belly Thor.

2 hours later and you know one thing for sure. God of War Ragnarok is not messing around.

At the core of the GOWR story is the relationship between father and son, Kratos and Atreus set within Norse mythology. The first game saw them journey to the highest peak in the realms to scatter Faye’s (wife of Kratos, mother to Atreus) ashes, putting them in the paths of multiple Norse gods, resulting in Kratos ultimately killing Baldur. This game follows the consequences of that action, with fimbulwinter started and Ragnarok on the horizon. 3 years later from the 2018 game and Atreus is more grown up and eager to explore to find out more of his destiny and role to play in the war to come. Oh yeah, turns out Atreus is actually also Loki and has an important role to play in Ragnarok – the end of everything. Meanwhile Kratos wants him to lay low and stay safe and not tempt fate.

Moving the game forward is that tension between them. They have grown closer, more trusting of each other but still fundamentally at odds. Atreus is hopeful, optimistic, curious and compassionate. He has the innocence of youth and the exuberance of childhood. Kratos is world weary, experienced and trying not to slip back into the blood thirsty, war seeking ways of his youth. And over the course of 40 hours, they argue, fight, separate, reconnect and eventually both evolve as the game hurtles towards its narrative conclusion.

Kratos learns to be more compassionate, and allows his son to undertake his journey, trusting him to keep his secrets and make the right call. Atreus learns to be less reckless and to trust his father’s wisdom as well. It is a deeply emotional journey with impeccable writing and more than a few tear jerking moments. At the end of the game’s main story, I could help but marvel and clap out loud at just how good a job the game studio Santa Monica did here.

The story isn’t just about Kratos and Atreus however. A wide ranging and colourful cast flesh out this vibrant and teeming world. The dwarf brothers Sindri and Brok make a return. Mimir the talking head and rascal is a welcome sight as well. We are introduced to Odin, Thor and the rest of the family in Asgard, as well as characters from all realms. The themes of forgiveness and reconciliation, change vs stagnancy, and the struggle between fate and choice are deeply interwoven into the various narrative threads.

Exploration wise, the game is expanded from its predecessor, with all 9 realms being accessible and playable, with a lot to do, see and collect. Each realm is vibrant and different from the others. From the water logged bogs of Svartalfheim, the lush forests of Vanaheim, to the snow covered plains of Midgard and many more, GOWR provides us with a wide range of terrains to explore and fight in.

Speaking of fighting, the combat is impeccable. I mean that is like 60% of the reason why we are here. Kratos’ move sets are expanded from the previous game, with new traversal mechanics, combat options and weapons. You even get to play as Atreus and experience some combat variety. Dispatching enemies is simple enough and there is a good amount of depth and variety.

What really got to me though, what made me want to pick up the phone and call my dad was watching these two characters wrestle with prophecy and fate. To see them fight, to see them lash out in their fear of losing each other. To see Kratos hold on too tightly and inadvertently push Atreus away into the arms of their enemy. To see Atreus struggle with feeling stifled and not trusted to make the right choices by his Dad. To feel burdened by the weight of all that pressure. To feel desperately in his heart that there are things he must do, even though his dad would most likely not approve. To see him worry and fight to find a way to save his father from the prophecy of his death. To see Kratos worry, to see him teach Atreus all that he knows, to see him equip his son to live and survive in a world without him. To see and know and feel that he would do anything, even the very thing he knows would trigger the war he doesn’t want. he would do it in a heartbeat to save his son. To see that love and bond between the two, to experience it over 40 hours and see them at the end, in tearful embrace, with a deeper sense of connection and understanding and mutual respect between the two. That was amazing. That made me shed a tear. That made me want to call my father.

I mean I didn’t, we just texted.

But wow, what emotions, what an experience, what a game.

PS, I streamed most of my play-through on Twitch and if you are interested in watching that or just having something play in the background while you work, or do chores, you could check them out on my YouTube channel.