I have a problem. I am too nice.

There, I said it.

Over the years, people have said it to me a lot. But now I KNOW for real. I guess you only really hear a thing when you willing to hear it.

In 2010 I stayed in a flat with three other guys, racked up a debt of 25 grand in the process and proceeded to shoulder the entire bill myself. I find it hard to say no to people who ask me for favors, I have too many clients owing me money…I give a lot of discounts, stuff like that. I’m always saying ‘nah, its fine, its chilled’.

It’s not that terrible a thing…being nice; I’ve always been nice, as far as I can remember. But some of my flaws were thrown in sharp focus for me recently and I had to really face it.

It’s my nature to be nice. I would bend over backwards for a lot of people. I’m very lax about a lot of things; I have a high tolerance level for some kinds of bullshit.

I don’t think that is very healthy…especially when I end up in situations where the people around me are happy and sorted, but at my expense.

People always look out for their best interests. Life is a power struggle and every social interaction is a negotiation of the dynamics between yourself and other people. People will always try to see how far they can push things with you and how they can relate with you. Its nothing personal, they just trying to get theirs, it’s just the way it is. So if everyone is just looking out for their best interests, perhaps I should do the same more aggressively. Especially because being nice comes so natural to me. I’m so used to compromising that I only realize now that I could actually get more out of life and my relationships with people.

I’ve been thinking about what I really want from some specific areas of my life lately. Mostly relationships. I’m clear on what I want from my work and general lifestyle, but I just realized I haven’t applied the same rigorous process of questioning to my relationships. Now I’m thinking it is quite possible that many of the people in my life choose me, as opposed to me choosing them? I think I am friends with some people because they need something from me, not because I gain anything from them. It is possible I don’t pursue relationships actively; I just get bundled up with the people who chase me. And they take and take and take.

The downside of being too nice is that one begins to allow the bitch nigga syndrome in others. Now Bitch Nigga Syndrome or BNS is when an otherwise capable man acts like a lil bitch. It can manifest in various forms, failing to handle a situation, selling dreams and never delivering, basically failing to play his position as a nigga. Now when you are a nice guy and your friend exhibits BNS symptoms, it is easy to sweep things under the rug, sympathize and say it will all be okay. When in reality, what you should do is slap a nigga cold across the face, hand him a fresh pair of bitch free balls and tell him to man the fuck up.

I realize now that I have done a great disservice to many of my friends by being too nice.

The other downside of being too nice is allowing BNS in oneself. Skating around issues, pleasing people without speaking my mind, without taking charge, without taking exactly what I want. Not holding myself to a high enough standard, not handling my responsibilities or following through on my agreements.

We take as much abuse as we feel we deserve. By being too nice, I retain the flexibility to hold myself to lax standards. I can choose to keep my word or not. I can delay on delivering a piece of work, or bail out on appointments and meetings, things like that. If people take advantage of my kindness, I can punish them in those little ways. So I guess it all balances out somewhat. 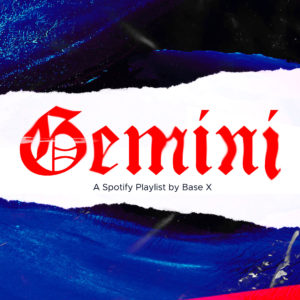